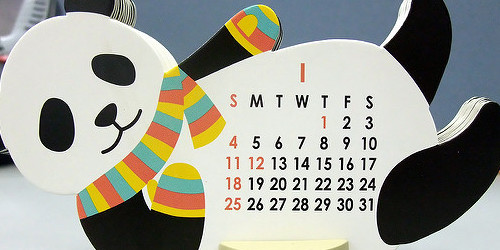 If you’re thinking about transferring some credit card debt, the best time to do so may be early on in the calendar year.

The reason being that credit card issuers, and especially local credit unions, like to send out their best credit card promotions in January.

Why? Well, most balance transfer promotions have to do with stuff like “holiday debt” or beating the “winter blues.”

Think about it – when do you accrue the most credit card debt? During the holidays, right? All those presents cost money and often people need to float those purchases for a few months using a credit card.

That’s fine as long as you don’t get socked with tons of finance charges. But why subject yourself to any costs if you can pay off the debt for free?

Most Promotions Good Until Spring

Many of the no fee offers I painstakingly compiled are limited-time deals that tend to be good from January (or sometimes as early as December) until late February or the end of March.

For example, that awesome 0% cash back balance transfer offer from Central One FCU is only available from February until May.

And back in the day, the Discover No Fee Balance Transfer was only offered in the first quarter (January through March) of each year until it disappeared entirely.

In other words, it’s probably best to start looking for a balance transfer offer in January if you want to find the best deals.

If you snooze you may in fact lose when it comes to a balance transfer. Start looking in April and the best deals might already be gone. And they probably won’t return until next year, or ever.

It’s best not to take your chances if there’s a good deal around. Sometimes they get renewed, sometimes they don’t, and other times the terms just get worse.

Don’t Wait If You Have High-APR Credit Card Debt

I just want to add a single caveat. If it isn’t the beginning of the year, don’t just sit around and do nothing until January comes along to transfer your debt.

There’s no reason to subject yourself to interest because you can probably find a balance transfer offer that beats your current issuer’s interest rate any time of year.

And there are certainly year-round offers available, such as the Chase Slate balance transfer offer, which comes with 0% APR and no fee. You can’t beat that one if the debt you’re transferring is from a bank other than Chase.

Smaller banks and credit unions will also have offers that are good 365 days a year if you look hard enough. And even if the deal isn’t the absolute best, it’ll probably save you some money because standard credit card rates are terribly high.

In summary, after the holidays are over, be on the lookout for the most generous balance transfer offers at your local credit union, bank, or even from a major card issuer.

Otherwise you might be stuck with an inferior offer that forces you to pay more interest.