How to Pay Off Holiday Debt with a Balance Transfer 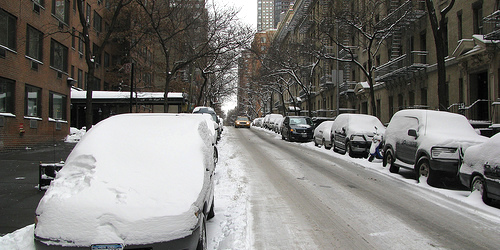 Welp, the holidays have come and gone, and the Christmas tree is starting to brown, assuming it’s still even in the house and not out on the curb.

The decorations are back in the garage and the in-laws are long gone (hopefully). But one thing seems to remain; your holiday debt.

Yep, all those lovely gifts you purchased leading up to the holidays were paid for with credit cards, and you may have gotten a little ahead of yourself to ensure everyone was happy. You might even be feeling overwhelmed now that the dust has settled.

This is an all-too-common scenario. We overspend during the holidays and then make a lofty resolution to pay off all the debt in the New Year. It’s a never-ending cycle, exacerbated by the fact that many folks have existing debt before the holidays and pile on even more.

To make matters even worse, the interest rates on said credit cards are typically in the teens, if not higher, making it near-impossible to make any inroads on the debt.

So, what is someone to do? Well, fortunately there’s a great solution out there with no gimmicks or nonsense.

While the above scenario might sound hopeless, don’t fret, this also happens to be the best time of the year to take advantage of debt-busting credit card balance transfers.

As I’ve mentioned in another post, banks and credit unions know you’re struggling with holiday debt this time of year, and they also know it’s one of the most common resolutions to pay it all off.

That’s why the balance transfer offers tend to heat up early in the year, especially in January. This is without a doubt the best time to apply for a 0% APR credit card.

Instead of continuing to pay those sky-high rates on your debt, you can quickly and easily transfer the balance to a 0% APR credit card, and enjoy no interest for up to two years.

That means every single penny of your payment will go toward the principal balance, and none will go toward interest. This will allow you to escape the debt cycle and approach the next holiday season debt-free.

And as such, it’ll be easier to manage and pay off holiday spending in subsequent years.

If you’re looking for a great offer, check out my page on no fee balance transfers to find a local credit union or large national bank. Both have plenty of great options to help you rid yourself of the debt acquired over the holidays.

It’s so cold outside I felt it would make sense to mention snowballs.

I know everyone has their own method for paying off debt, with one of the most popular coming from self-described money guru Dave Ramsey.

Let me preface this by saying I don’t fully agree with his methods, but I assume they work for some. And he does want people to get debt-free, so you can’t dislike him for that. It’s just that he ignores math in favor of psychology.

One of his most popular tactics is using the so-called “debt snowball method” to pay off any kind of debt you have, whether it’s a credit card, a large hospital bill, or a student loan.

The way it works is really quite simple. You tackle one debt at a time, starting with the smallest one. And as you pay each one off, you gain momentum like building a snowball.

Per the wisdom of Dave Ramsey, you would tackle Credit card A first because it has the smallest outstanding balance, and thus would be the easiest one to pay in full and get rid of forever.

Once paid off, you could focus on Credit card B, and then make your way toward the larger debts. The snowball theory is based on what he refers to as “behavioral modification,” whereby you get a small win and go on to create more victories for yourself.

Conversely, if you were to try to pay the largest debt first, you’d be stuck paying it off forever and would perhaps give up or feel overwhelmed, while ignoring the other debts as they grew.

I get it, and it makes some sense, but the snowball method ignores the interest rates on all these credit cards and loans.

A Better Way to Make a Debt Snowball

The cheapest way to pay off debt is to tackle the highest interest-rate debts first because those are the ones that cost you the most.

So, using our example from above, you could combine the debt from Credit card A, B, and C into one new credit card, we’ll refer to as Credit card D.

And you’d likely be able to get a rate of 0% APR for a year or longer.

In this scenario, you’d only have two debts to worry about paying, and one would have a 0% interest rate. Ironically, your three old credit cards would be rolled into one large snowball.

Yes, the total balance would be higher, but you could argue that it’s easier to wrap your head around two outstanding balances versus four. And with every single penny of your payment actually paying down the debt, you’d be able to escape faster.

Then you’d only have the student loan to worry about. For the record, rates on student loans are well below credit card interest rates, so it’d likely make sense to tackle that one last anyway.

In summary, this could work for you both psychologically and financially because it’s the cheapest method math wise and also simplifies things for your brain.